Homo Amans: A Relational Anthropology for Work and Economy

In current economics, the conception of the human being as a homo economicus is considered to be outdated or at least severely limited, under the influence of new insights in behavioral economics. However, the social climate is still strongly influenced by this antiquated anthropological model. The Goldschmeding Foundation focuses on the meaning of agape for human beings, work and economy. As loving beings (homo amans) we are relational by design. Meaningful innovation in work and economics is only possible if this implicit anthropology of the Goldschmeding Foundation will be more explicitly scientific grounded. Economy is first an anthropological science, based on a holistic vision of human beings.

The homo amans research project represents the first phase of an exploration of the possibility to integrate virtue ethics and anthropology. Our initial research hypothesis is that faith, hope and love are inherent to being human and function as a universal anthropological predisposition. These three virtues, as uniquely worked out in the Jewish-Christian tradition, are inseparably connected with each other. To live out these predispositions in freedom makes for a dignified life. 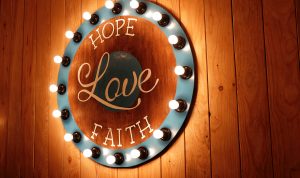 light of recent developments of several disciplines, the initial key question we seek to answer is: Can faith, hope and love be conceived as descriptions of what a human being is in essence, and function as elements of an anthropological predisposition? The three notions of being human will be explored  from the perspective of theology and ethics in dialogue with other disciplines (mainly social sciences) as well as in dialogue with other religious traditions. These three classical virtues, as signalers to human predispositions, need to be translated in a more universal scientific language providing a basis and method for an interdisciplinary dialogue. The research aims to contribute to a profound renewal of work, economics and sustainable development.

This short research project is initial and explorative, intended to lay the groundwork for a larger, international and interdisciplinary research project stretching over a longer period of time. In this first phase, the project aims to sharpen the research questions and to find a methodological way to create a dialogue between scientists of diverse convictions and religious traditions.

This project is made possible by the Goldschmeding Foundation and has a duration of 16 months, from 1 June 2018 until 1 October 2019.